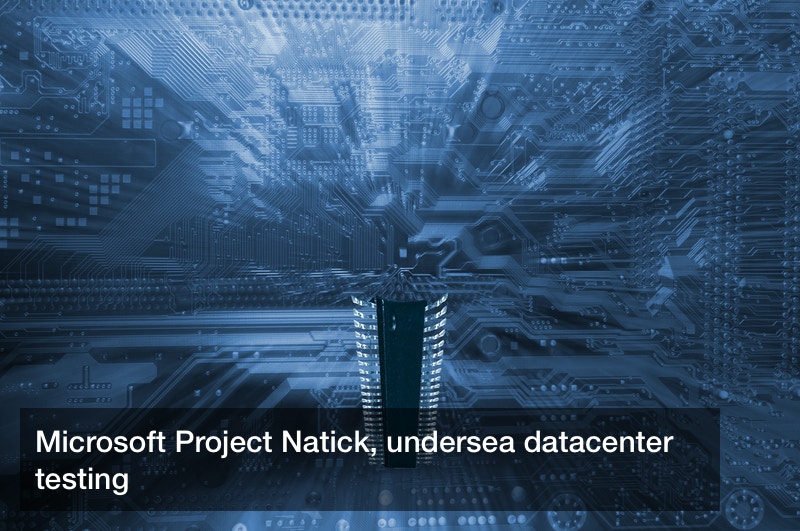 Microsoft officials are waiting for a second turbine under the sea to start generating electricity to power the datacenter for the next phase of project codenamed Natick, which is based on a plan to get boats outfitted with operational datacenter nodes to generate electric power that will be sent to shore grids while computers on the ground directly interface with the grid. It would be one of the first workarounds for cities and countries dependent on heavily taxed and incompatible power grids that drive up power bills by needlessly synchronizing devices that run at opposite ends of an electrical spectrum. “Technically, this is really a pretty large undertaking that may even require bedrock server hosting ,”; Lee said. “Financially, it’s a really massive undertaking. For us, it’s something we are well-equipped to take on.” Microsoft did not share the technical specifics of Natick, but the prototypes the company has built are prototypes. They are loaded with computer electronics to render it independent from the power grid. They use a singular feeder cable that sits at the bottom of the ocean, and direct the power that it generates into a generator.

Microsoft is confident that because of the nature of the subs, they will not need to connect to the power grid, which would add additional emissions to the atmosphere. Any material from the old days of energy generation is out of the question, Lee said. The datacenter is currently powered by diesel generators. But a second, water-powered turbine is in the works. The initial turbine was borrowed from the European Maritime Energy Centre in the Netherlands. The platform for the turbine was built by Samsung and recently shipped to Scotland.

Natick will require more than 100 miles of undersea fiber-optic cable, a major investment. Microsoft hopes that data centers at the periphery of coastal cities could increase the amount of power generated in remote locations. As part of Project Natick, Microsoft is also collaborating with professors at the University of Edinburgh to develop a fleet of military-grade underwater vessels that could be used to power houses and businesses off the coast of England or Scotland, where Microsoft’s most recently completed prototype sits. We’re working on underwater networks, said Ryan Garrison, a geophysicist at the University of Edinburgh who has supervised a team of students working on the project. We’re designing these boats to function and reach deeper into the ocean than is currently possible. There’s potential for them to help distribute food to remote areas, or they could be deployed at places where there’s a little more bandwidth. Reaching far out to sea will require the development of new underwater cables in places far more complicated than the Gulf of Mexico, Lake Michigan, and the Atlantic Ocean’s Gulf Stream to get electricity to southern regions. But that won’t stop Microsoft. “There are probably better ways of doing it,” Garrison said. “But we think that Microsoft has the capability to pull this off. They certainly have the finances to do it. They have the network that’s doing this already.”